Is Cannabis Legal in the USA? 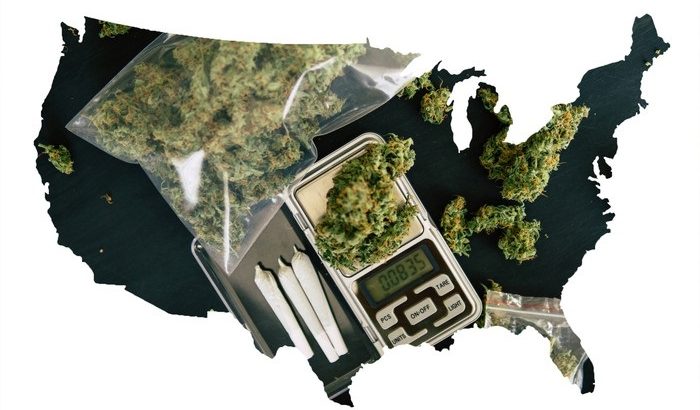 Weed. Pot. Dope. Grass. Reefer. Ganja. Green. Mary Jane (the etymology of which is steeped in myth and legend – perhaps the originators got the munchies and forgot to write it down). And my personal favourite, wacky-backy. Call it what you will. The fact is that marijuana use is a Western cultural taboo that’s got one toe dipped in the waters of legality and all its other fingers and toes poked into a quagmire of legal grey areas – seemingly every US state has a different rule (always seek professional help from a drug possession lawyer if you’re unsure).

Starting with a state ban in Massachusetts in 1911, marijuana use was banned or ruled a misdemeanour in a domino effect that saw California, Maine, Wyoming, Indiana, Utah, Vermont, Colorado, Iowa, and many other states all follow suit. Texas even declared cannabis to be a narcotic in 1931, with misuse punishable by a life sentence behind bars. Eventually, in 1937, the Marijuana Texas Act banned cannabis at the federal level (with limited medicinal use permitted).

However, then followed decades of court cases that saw laws being repealed, new acts being introduced, and decriminalisation amendments entering the law book. Fast forward to 2012, and Colorado and Washington became the first states to legalize recreational use.

Legalized recreational use of cannabis by state

However, please be aware that certain other laws do come into effect in conjunction with being legalized for recreational use. For example, in Nevada, where the drug has been legalized for recreational use, home cultivation of the drug is only permitted if the user resides in a property located more than 25 miles from the closest legal vendor (relating to medicinal use).

Some states, such as Delaware, Connecticut, Hawaii, and Maryland are arguably in the process of joining the ‘legalized for recreational use’ list, as they have listed marijuana as a ‘decriminalized’ substance. Although still technically illegal in these ‘grey area’ states, specific exceptions are permitted over the amount of the substance that is permitted to be owned or distributed for medicinal use.

States in which cannabis is not legal

Nebraska can be seen as leaning towards future legalization of cannabis due to its somewhat counter-intuitive stance on the drug – although still ruled to be a misdemeanour throughout the state, cannabis has been decriminalized for the first offence, with a series of increasing fines (up to $500) and short term prison sentences (up to one week) in place for follow up offences.

In contrast, those found to have broken the cannabis laws in Idaho regarding possession of more than one pound of the drug can expect to face felony charges resulting in a prison term of up to five years behind bars, with a fine of up to $10,000 – or both.

All other states not listed in the above examples are states in which recreational cannabis use is illegal, with varying stances on the legalities surrounding medicinal use, transportation, and cultivation.